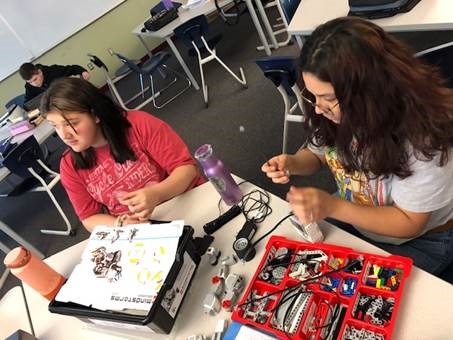 Eagle Point Middle School became the the first school in Jackson County to check out the SOESD Mobile Maker Space. The second Space will be set-up at Hidden Valley High School and a third is about to appear at Henley Middle and High School later in March.

“Eagle Point Middle School Students are getting some hands on experience with robotics thanks to the Mobile Maker Space on loan from the Southern Oregon ESD.  Students will put their newly learned coding skills to the test with Spheros and Lego Mindstorm kits that come with the MMS.  It’s one thing to talk about engineering and robotics, but it’s the experience of actually doing it where real connections are made.” – Jason Clark